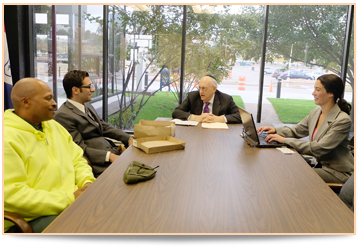 My development as an arbitrator was atypical, in that I was selecting arbitrators and presenting cases as an advocate while concurrently hearing cases as an arbitrator. Thus I came to believe that a good arbitrator should understand labor relations “from the inside out”. My experience as an advocate, negotiating labor agreements and presenting arbitration cases, enabled me to better fulfill the most important function of an arbitrator, which is to determine the intent of the parties, as expressed in the language of the collective bargaining agreement. The arbitrator must be able to separate probative evidence from hyperbole and rhetoric; and work within the dynamics of the parties’ bargaining relationship.

In 1974 I was appointed by the American Arbitration Association to its national labor panel. (At that time, AAA did not insist on neutrality). Arbitration appointments quickly followed, resulting in over 100 awards between 1974 and 1987. At the same time I was still spending most of my time practicing labor law as a management-side advocate. In 1987, due to the demands of my law practice, I suspended hearing arbitration cases (except for an occasional appointment) until I became a neutral in 2007. Shortly afterward, I was appointed to the Federal Mediation and Conciliation Service (FMCS) roster. Since then I have regularly arbitrated cases, and was accepted into the National Academy of Arbitrators in 2013. In total, I have issued more than 200 arbitration awards over my career.